Bike for Cancer Care in Kingston Reaches Goal of $150,000 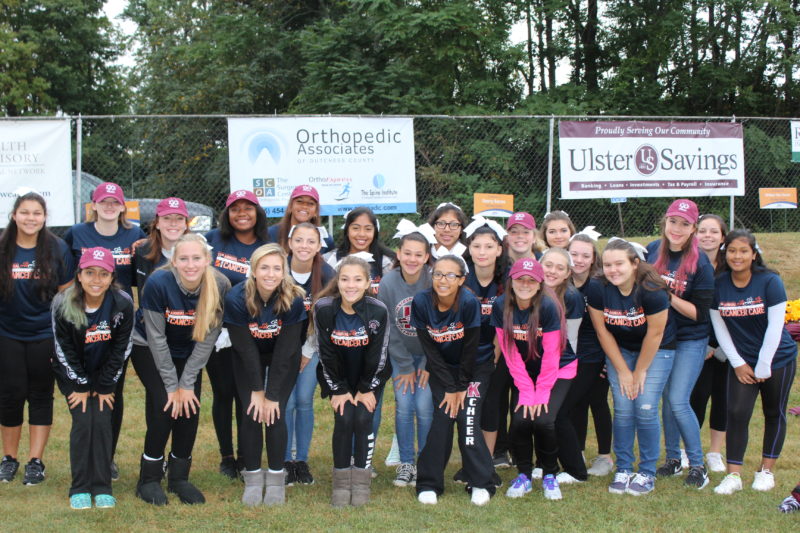 Over 700 bike enthusiasts, runners and walkers participated in Benedictine Health Foundation’s Bike for Cancer Care on Sunday, September 18th at Dietz Stadium.  The event reached its fundraising goal of $150,000 due to an overwhelming community response.

Now in its 13th year, the event added a 5K Run / Walk through uptown Kingston and a Kids Fun Run inside Dietz Stadium in addition to the existing 50-mile, 25-mile and 12-mile bike rides.  Over 175 volunteers were on hand to staff the event.

Lunch donated by Hannaford Supermarkets, ice cream from Stewart’s Shops, and music by Payne’s Grey Sky was enjoyed at the post event awards ceremony.  94.3 FM, The Wolf, was on site to provide announcements and entertainment during the event.

The inaugural 5K honored Carly Elaina Bradley, formerly of Kingston, and Lisa Naccarato Schatzel, a lifetime resident of Kingston, who lost their battles to cancer earlier this year.  For the second year, the 50-mile ride was named in memory of Dan Barnes, a graduate of Kingston High School, class of 2003.  Dan passed away in 2015 at the age of 30 after a two year battle with Melanoma.  Friends, family and community members came out to support the event forming Team Bradley, Schatzel Strong, and Dan’s Fans.

Proceeds benefit the Benedictine Health Foundation’s Rosemary D. Gruner Memorial Cancer Fund, which provides financial assistance in the form of gift cards for cancer patients to purchase food or fuel while they receive treatment.  The Fund, established in memory of Rosemary in 2004, has distributed over $700,000 to more than 1600 local cancer patients.

The Foundation and Gruner families extend special thanks to its Platinum Sponsors: 94.3 FM, The Wolf, Timely Signs, Anita Williams Peck, Hannaford Supermarkets, Stewart’s Shops and Dr. Zoe Weinstein, and to all event sponsors, donors, participants and volunteers for their generosity.