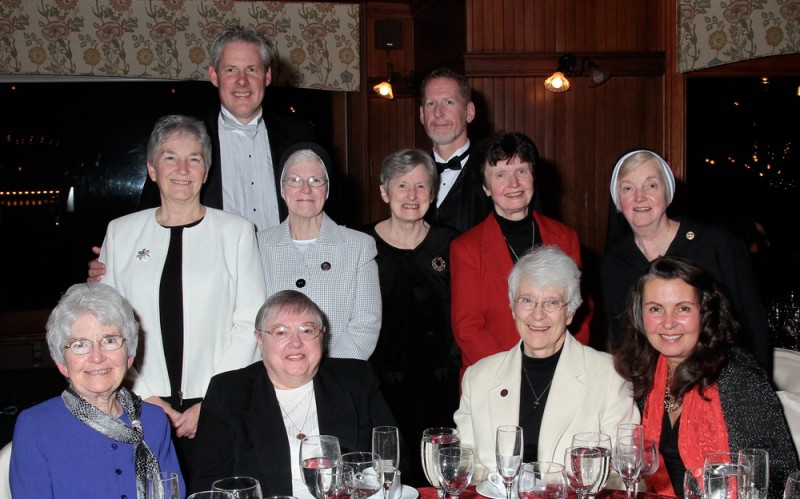 The Benedictine Health Foundation will celebrate its 35th Anniversary and honor the work and dedication of the Benedictine Sisters and the Foundation’s Board of Directors at their annual Winter’s Eve Gala. The celebration will take place on Friday, December 14, at the Mohonk Mountain House in New Paltz.

The Benedictine Health Foundation was formed on October 13, 1977. J. Ellis Briggs, Earle H. Foster and William Ryan, residents of Kingston, signed the Certificate of Incorporation at the law office of Edward T. Feeney and J. Michael Bruhn in Kingston. The Certificate was then filed with the State of New York on November 15, 1977.

Klassen said the generosity of the local community and support for the Foundation could not be measured.

“There are countless volunteers, board members, physicians, employees, and donors that have contributed so much of their time and financial resources to allow the Foundation to thrive for 35 years,” said Klassen. “We have been fortunate to support many worthwhile capital ventures, purchase medical technology, provide nursing scholarships and assist nearly 1000 cancer patients in financial need through the Rosemary D. Gruner Memorial Cancer fund.”

Since its inception the Foundation has been the recipient of over $27 million in contributions from the community and the Benedictine Hospital Auxiliary to support the work and mission of Benedictine Hospital. Some of the capital projects that have been funded include the Century Campaign, Thomas A. Dee Cancer Center, Fern Feldman Anolick Center for Breast Health, Herbert H. and Sofia P. Reuner Cancer Support House, Infusion Center, Operating Room suites and renovations to the Mental Health Unit.

Sr. Mary Feehan said the Foundation and its donors have played a major role in Benedictine becoming an award-winning community hospital.

“The commitment of the Benedictine Health Foundation to the hospital’s Catholic mission and state-of-the-art medical services supported by the extraordinary generosity of its donors over these 35 years is inspiring,” said Sr. Mary Feehan.